Figurative expressionist artist and painter, Joel Kass was born in Warsaw, Poland in 1937 under the shadows of World War II. His early traumatic memories have significantly influenced his life, as well as the style and subjects of his artworks. He escaped from the Warsaw Ghetto with his mother at age 5 and after three years of surviving cholera infested refugee camps, they returned to broken Poland. A few years later, they immigrated to Israel.

The first encounter Kass had with art was through literature. He found an abandoned book library donated by an American philanthrope to the Kibbutz in which he lived and worked at the time, still as a teenager. He taught himself how to read and devoured every book he could lay his hands on.
One day, Kass went to a neighboring kibbutz, Afikim, where a completely unexpected encounter changed his life forever. He met with his late friend and mentor, painter Leo Roth, who discovered his talent and took him under his wing. It is master Roth who has been the most influential painter to shape much of Joel Kass' early artistic genre.

Following his service in the IDF, Kass moved to Europe to pursue a career as a painter. He took a boat from Haifa to Italy where Kass enrolled at the Scuola Internazionale Studi d’Arte del Mosaico e dell’Affresco in Ravenna, followed by studies at École des Beaux-Arts  in Paris and Central School of Arts and Crafts in London.

While a student, Kass already saw early success and has exhibited in many of Europe's most celebrated galleries. Some newspaper articles from these days still survived the many travels and have been uploaded on the Press page.

It wasn't until his mid-thirties that Kass left Europe to go back to Israel where he remained residing at his beautiful home, surrounded by paintings and sculptures that you may view on this website.

Kass is now over 80 years of age and still a passionate creator who's age doesn't seem to slow his stream of creativity.

Join his journey and experience all the special moments of creation by following him on the different social networks. Just click one of the buttons in the footer to connect with him and join the conversation! 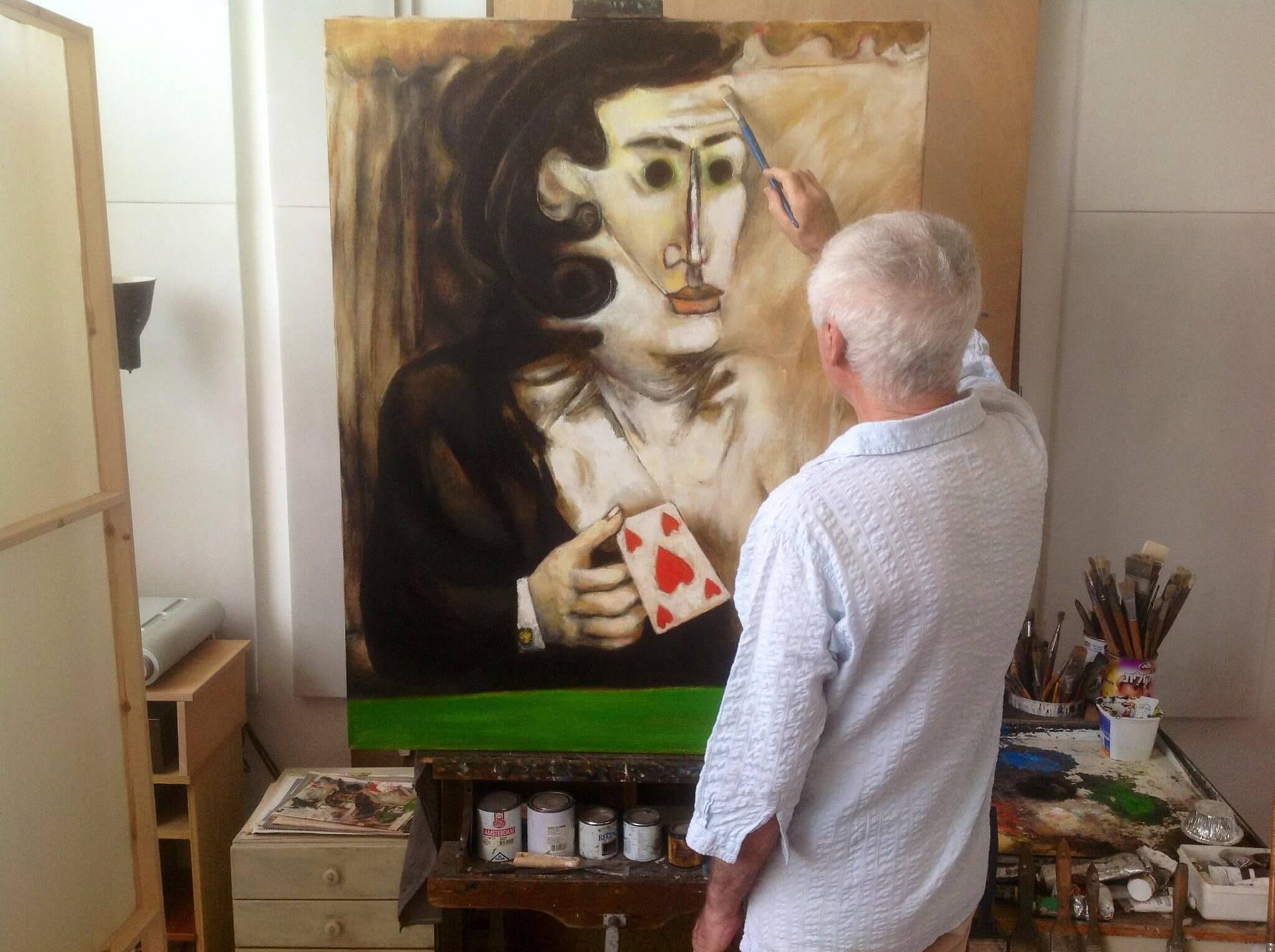 Joel Kass at his Studio